The Art of Isis Sousa

BookLikes have encountered some temporary issues recently but we're on air again!

BookLikes is live & running and broadcasting here and on social channels again. We have experienced some technical problems recently but we'd like to assure you that we're doing all to sort them out to make BookLikes stable and fast again.

We know you've been struggling some hard times with BL recently. We owe you a big thank you for staying with us and supporting the site. BookLikes Bloggers are an amazing community and we hope to requite with our full engagement in making BookLikes better and better.

One more time sorry for this uncomfortable situation and for any inconvenience that you've experienced.

As always, we appreciate all the feedback. Please leave us a comment below or mail to Kate at kate@booklikes.com. We'll do all to help and support.

The Picture of Dorian Gray in Quotes and Nudes - Release date 24th October!

For those who love art and the acclaimed Gothic Classic "The Picture of Dorian Gray" by Oscar Wilde, 24th October (tomorrow) you have a calling.

I am publishing, with license from CMG Worldwide, a beautiful art book with 60+ quotes of the original novel accompanied by 20 fine art nudes studies I have painted.

The book will be exclusively for sale at this link: http://tragicbooks.com/picture.html And the editions are limited! 150 Paperbacks + 150 Hardcovers. The purchases will be numbered. There will be no second edition or reprint!

Valencia Noir, a dark art book which will allure your imagination...

Hey there, it's been forever since I wrote a post here! Been busy, working, studying, producing a new book.

So... I'm bloody happy to announce a new book coming by end of May... It's a fully illustrated art book, featuring Black & White photographs of taken in Valencia, a beautiful Spanish city.

The arts of Valencia (painting, sculpture, archtecture, etc), have a unique style with a touch of darkness and a taste for the strange. Here is the book cover: 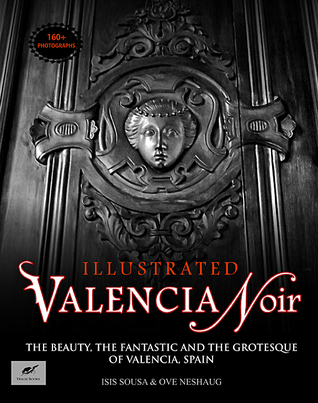 The Book title is: Valencia Noir - The Beautiful, The Fantastic and The Grotesque of Valencia, Spain

And here is the SYNOPSIS:

City of bats, dragons and gods. City of artistic daring throughout the centuries of history.

This is Valencia, a Spanish realm where all fantasies – be they innocent, adventurous or obscure – take shape on canvas, wood, metal and stone. Wherever you go, a thousand archetypal faces and winged heraldic chimeras follow you.

In this art book you will take a fully illustrated tour through medieval towers, gothic temples, strange artistic wonderlands, and the city of the dead.

Embark on a trip which will take you to distant places and allow you to indulge the feelings and thoughts you’ve been trying to hide. After this, you will never be the same again.

How to Become a Bestselling Author (and mislead the general public)!

A Cold-Hearted Phoenix - Episode 2: A Trip to Hell

So, it has been an awfull long time... I have been very busy, making covers for indie authors and preparing new books.

A Cold-Hearted Phoenix - Episode 2: A Trip to Hell is just out! Isn't it cool?

Here is the cover and synopsis: 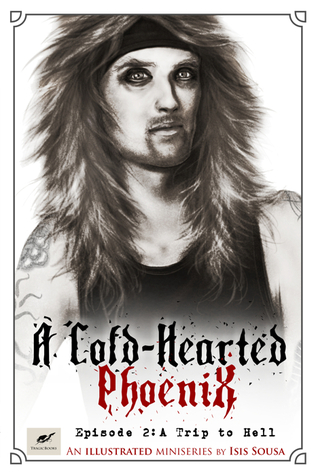 A Cold-Hearted Phoenix is a sweet-and-sour illustrated mini-series in three episodes. It is written in an experimental style, mixing screenwriting with prose.

This book includes 35+ illustrations and a unique layout.

In this second episode: VIKKI, who is out of job and hates summer to the bone, takes a drastic decision to escape the monotony of her life: to go on a trip with Marcus.

You can learn more about it and the first episode here: http://tragicbooks.com/ 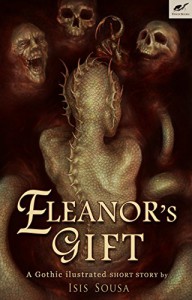 I have a Gothic Short story coming this Halloween: Eleanor's Gift. It is Victorian Gothic, like The Night of Elisa - but with more elements of Classic Gothic Horror to it.

Have a taste of this illustrated short story, read the excerpt:
Eleanor’s Gift
The darkness
A downpour washed the dark pointed roofs, old cobblestone roads and woods surrounding Rivercrook. The strong wind shook the plants and carried away their yellow leaves. It howled at windows and doors, scaring infants and their mothers. Lightning flashed around the town’s monuments and sculptures, distorting stone faces and casting twisted shadows.
On the old cemetery road there was not a soul to be seen, yet the shadow-play of the storm made the graves seem to dance without rhythm or grace. Soon there came a wagon, pulled by two horses running for their lives and tormented by the lashes of a mad coachman; only a mad person would dare to travel in such conditions.
Inside the wagon, in complete darkness, a lady held tightly to the bench. Her breathing was shallow, her heartbeat so strong she could feel it in her throat. The wagon rocked terribly and threw her belongings in all directions.
The wagon hurried along that road and then took an exit onto an earthy countryside bridleway, narrower than the roads across Rivercrook and much darker, as the trees grew tall on each side and formed a natural roof of branches and leaves. The only light the coachman could count upon was the faint reddish-yellow glow of his lamp. He knew they needed to make their way along the bridleway to the clearing. It wouldn’t take too long, but still he lashed the exhausted horses to run even faster.
They were almost there when the dying light flickered one last time. Now there was nothing but the darkness amidst the trees. The coachman saw the clearing when it was illuminated by lightning. Once they crossed it, it wouldn’t be long until they reached their destination, just a day or two more of harsh travel.
The terrain was uneven and soaked, making it difficult for the horses to stay on course. The storm obscured the moonlight and the frightening flashes were now resting in the clouds so the travelers could not see where they were going. The coachman was forced to slow the horses against his will. He had a calling, a duty to fulfill, and it could not wait any longer.
But the powers of nature can go with you or against you, and that night, despite having come so far – already such a great victory – nature was indeed against the struggling man. All it took was a slide of the left-hand horse to drag the other horse and the entire wagon with it, down the soft, muddy cliff that gave into the river. The horses, the coachman and the lady struggled against the darkness and the waters.
Don't forget to participate on the BookLikes giveaway to win your free copy! :) Or... Subscribe to Tragic Books' newsletter, to get your Smashwords coupon to download a copy in your fav format, around Hallween. http://tragicbooks.blogspot.no/
Horror short story new release Victorian Gothic Halloween newsletter excerpt Gift Isis Sousa subscribe
Source: http://tragicbooks.blogspot.no
Tweet

A Big THANK YOU and a Halloween GIFT

It has been FOREVER since I have been around BookLikes -  too busy with work, health and house stuff for the past months... When I was just passing by today I realized the number of people following my blog/work had increased a LOT since then...

And since you rock, Tragic Books and I have a little gift for you this Halloween.

Subscribe to Tragic Books' newsletter until 28th October - by 29th, you will be gifted with a coupon code and a link to download your FREE copy of Eleanor's Gift, my upcoming release.
You will be able to choose your favorite format: Mobi (Kindle) or Epub.
Eleanor's Gift is a 10 K words Victorian Gothic illustrated short story. Click here to learn more about it.
Happy Halloween!
Horror short story new release Victorian Gothic Halloween newsletter Illustrated Gift Isis Sousa tragic books subscribe
Source: http://tragicbooks.blogspot.no

A Cold-Hearted Phoenix has now entered Global Distribution, and is starting to appear on the bookshops! YAY :D  It is available in both paperback & hardcover.

For those fans of Dark Wave, Heavy/Symphonic/Gothic Metal and the like m/, here is a selection of video clips of the music mentioned on Episode 1: Dark Love (A Cold-Hearted Phoenix 1):

Classics / from the scenes on the Gothic Rave and Madame Satan club:

>> Butterfly on a Wheel - The Mission

>> Butterfly FX – Moonspell (from the opening scene at the Gothic Rave)

Some of the stuff that VIKKI listens when she is at home:

The first episode of A Cold-Hearted Phoenix miniseries will be out as Paperback, Hardcover and E-Book

Here is the book cover:

SYNOPSIS
A Cold-Hearted Phoenix is a sweet-and-sour illustrated mini-series in three episodes. It is written in an experimental style, mixing screenwriting with prose. This book includes 40+ illustrations and a unique layout.
In this first episode:
VIKKI, who is an authentic and successful graphic designer, breaks one of her most sacred rules: to never date a work colleague.
Let’s watch how VIKKI’s life turns to misery and she falls into the misadventures of a DARK LOVE.

And here is a book trailer: 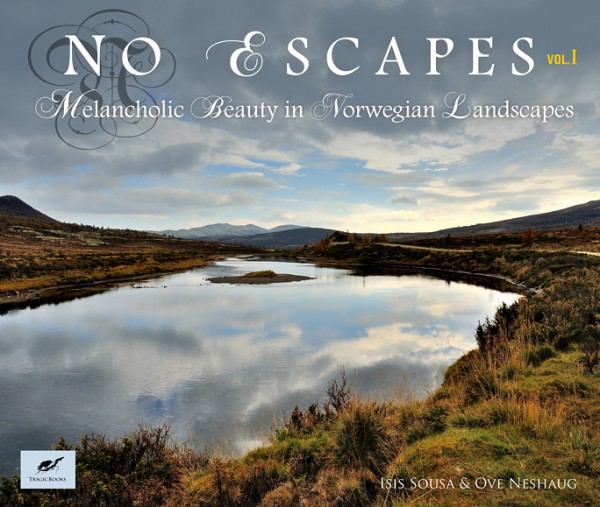 No Escapes Vol. I

No Escapes Vol. I - Melancholic Beauty in Norwegian Landscapes  is the first of a series of photography & art books featuring Norwegian landscapes and sea escapes.

It is now available as e-book for Kindle

The print editions - PAPERBACK & HARDCOVER are to be published in January.

You can preview it here:

No Escapes Vol. 1 by Isis Sousa, Ove Neshaug
Thank you to those who joined the Giveaway here on Booklikes! Your e-copies has just been sent, stay tuned to your new e-mails!
You can still participate however on the GoodReads giveaway:
<!-- Show static html as a placeholder in case js is not enabled -->

See the giveaway details at Goodreads. 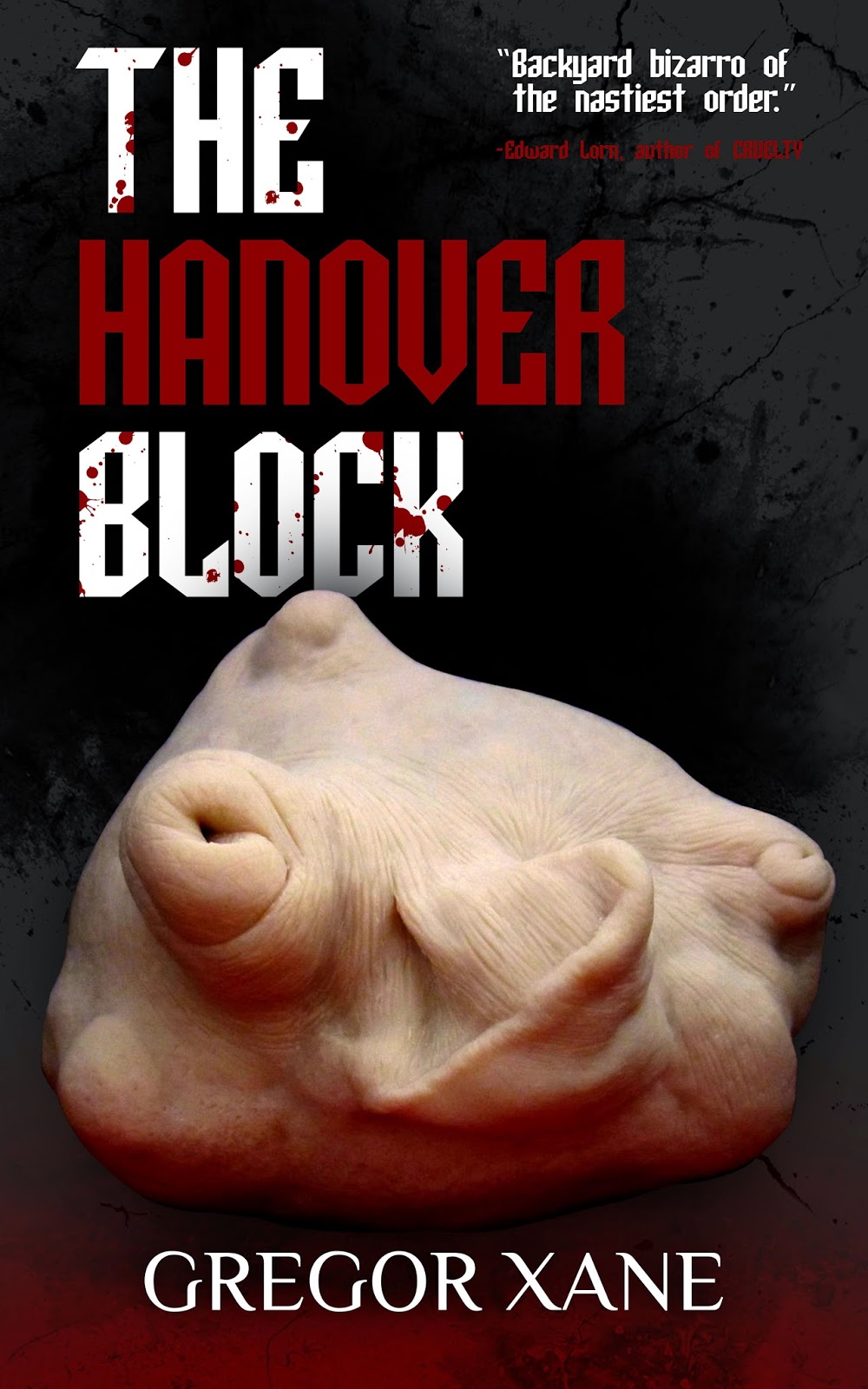 You may order it now, if you please.
It's also available for $0.00 to Kindle Unlimited subscribers.
What's it about?

Living in the long shadow of a tragic accident, Marion struggles through his solitary suburban life. He's resigned himself to a static existence, to living and dying in a world where every house looks exactly the same. Then he notices changes in his neighborhood. Tool sheds and playhouses are cropping up all over, hastily constructed and set at odd angles. The nutjob down the road builds an outhouse in the middle of his front yard, and the guy right next door is erecting two geodesic climbing domes, one nested inside the other.

People are doing strange things on their lawns.

Bizarro For those who like it nasty Horror It's new! Kindle Edition Release Kindle Unlimited Novella The Hanover Block 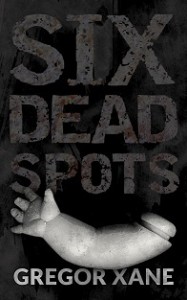 For a limited time, Gregor Xane's horror novella, Six Dead Spots, is available for $1.99 at the following online stores:

Creator & Creature: Author and illustrator Isis Sousa talks about “The Night of Elisa”, in a 15 mins fun video. :) 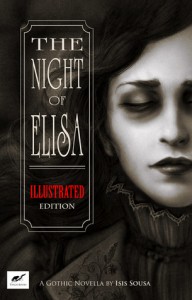 October is Halloween month and Tragic Books planned some fun giveaways for “The Night of Elisa”. Your chance to get a FREE Dark Read for the season!

Take part in one of the following sites’ giveaways:

GOODREADS.com – 01 / 31 Oct
Win a signed paperback of the Illustrated Edition. Click the widget below.

<!-- Show static html as a placeholder in case js is not enabled -->

The Night of Elisa - Illustrated Edition

See the giveaway details at Goodreads.

To participate, you need to be a member in one of these book communities – and it is for free!
Like what you see? Don’t forget to share it with your friends!

The Chosen One by Anna Erishkigal